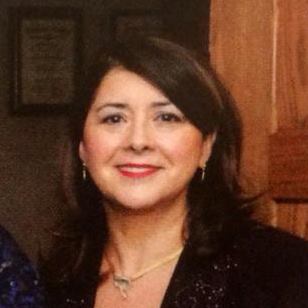 She has performed in a wide variety of musical genres, including opera, contemporary music, solo recital, orchestral performances and Greek music. She has appeared as a soloist under such notable conductors as Kurt Masur, Seiji Ozawa, Gustav Meier, Luciano Berio, Richard Westenberg and George Tsontakis. She has concertized in the United States, Germany, Cyprus, Turkey and Venezuela. As a frequent performer of new music and Greek music she has been heard at Alice Tully Hall, Merkin Hall, Jordan Hall and other venues.

Ms. Bitzas was a National Semi-Finalist in the Metropolitan Opera National Council Auditions, a member of the Minnesota Opera Studio. the New Music Ensemble at the Banff Centre and the Blossom Music festival. She was also a vocal fellow for two summers at the Tanglewood Music Center. Her students have been winners and finalists of numerous competitions including the Metropolitan Opera National Council Auditions, accepted into the Lindemann Program at the Met, recipients of the San Francisco Opera Adler Fellowships, the George London Competition, the Jose Iturbi Competition, the Gerdna Lissner Foundation, and many more. Her students also have gone on to have careers singing in Europe in Opera and New Music.

Ms. Bitzas has presented master classes for the Master Teachers of Singing at Westminster Choir College, University of Las Vegas, New Orleans Center for Creative Arts, Opera Theater of St. Louis, Ithaca College, Classical Singer Convention, NATS Convention, Boston Chamber Ensemble, Longy School of Music, the New England Conservatory Prep and the Walnut Hill School. She has been an adjudicator for the National Classical Singer Convention, National NATS Convention, and the Schmidt Vocal Competition. She served on the National Fulbright Voice Screening Committee in New York and served on an Opera Screening Panel for the National Endowment for the Arts. She has been on the faculty of the Amalfi Coast Music Festival in Italy and the Bel Canto Institute in Florence, Italy. In 2013 she took over the reigns as the director of the Boston University Tanglewood Institute Vocal Program. Ms. Bitzas has been on the faculty of Boston University since 1993 and has previously taught at Gustavus Adolphus College, Wagner College and Ithaca College.

She is the daughter of the late Loukia Sarando Bitzas, who was the Director of Music and Art and a teacher in the Worcester Public Schools for over 30 years and who was the catalyst for the development of the Burncoat Arts Magnet Programs and the late Rev. Thomas George Bitzas.