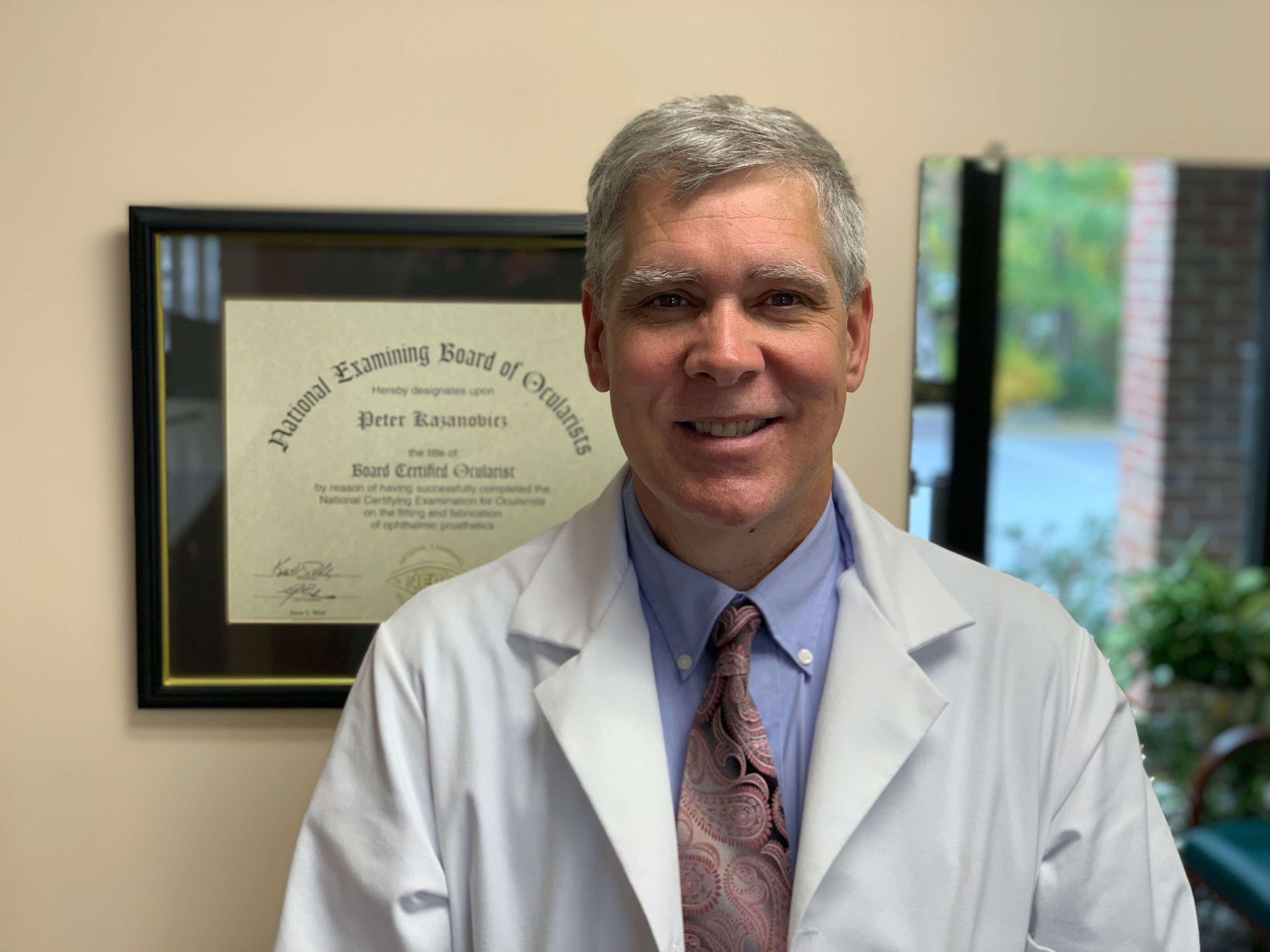 Peter Kazanovicz is a Board Certified Ocularist who specializes in the fitting and fabrication of hand crafted custom artificial eyes. He currently practices in locations throughout New England and his work has twice been featured on the cover of National Geographic. Over his 35 year career, his talent and commitment to the field of Ocularistry has improved the quality of life for thousands of patients.

Peter was born in Worcester and was educated in the Worcester Public School system, graduating from North High in 1984. It was there he met his wife of 34 years, Michelle. Peter continued his education at Worcester Industrial Technical Institute. There he achieved academic excellence and earned the prestigious M.A.R.D.O. award. While at WITI he was offered a highly coveted apprenticeship with Monoplex Eye Prosthetics, the artificial eye division of American Optical. There he completed his apprenticeship and became one of only 150 Board Certified Ocularists nationwide.

In 1991, Peter purchased Studley Ocular Laboratories in Bedford NH. He has offices in Sturbridge, MA, Portland, ME and he continues to serve the Worcester community by seeing artificial eye patients at Magay and Baron Opticians. When he isn’t painting eyes in his studios, you can find Peter spending time with his four children, two of whom currently practice in the business with him, or spoiling his four grandchildren. He has resided in Southern NH for thirty years, but ask anyone who knows him and they will tell you his “home” will always be on Grafton Hill.

You can learn more about Peter and his business by visiting www. studleyocularlaboratories.com.